Growing Orchids From Seed Is Easy!

Actually, in order to germinate, most orchid seeds require the assistance of a microscopic fungus.  Or they need to be sown in flasks.  There are, however, a few notable exceptions to this rule.  Here's my reply to... growing from seed.

Epi conopseum isn't the showiest orchid so I would recommend finding and/or making crosses with it.  Especially with reed-stem Epidendrums.

Unlike most orchid seeds, the seeds of reed-stems have enough nutrients to germinate on their own.  So you can sow the seeds pretty much like you would any succulent with very small seeds (ie Echeverias). 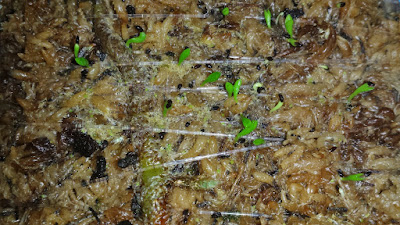 Moss attached to a wooden board placed diagonally in a pot in a zip lock bag.  Reed seeds germinating along with Rhipsalis seeds.  There's also a rhizome of Microgramma vacciniifolia. 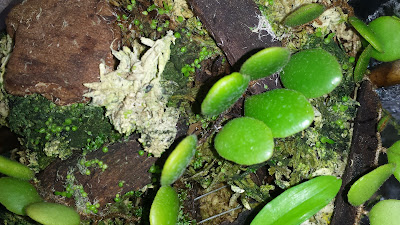 Reed protocorms with Pyrrosia piloselloides.  Medium was bark with some moss on top.  Pot also in a zip lock bag. 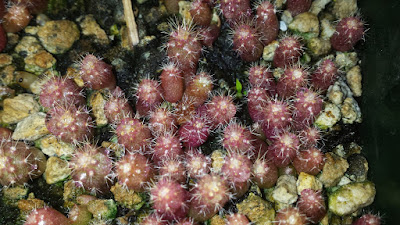 Echinocactus grusonii VS Epidendrum secundum.  The Golden Barrel cactus won this round.  I guess the pumice was too large for most of the reed seeds.  Pot in a cat litter bin covered in clear trash bag. 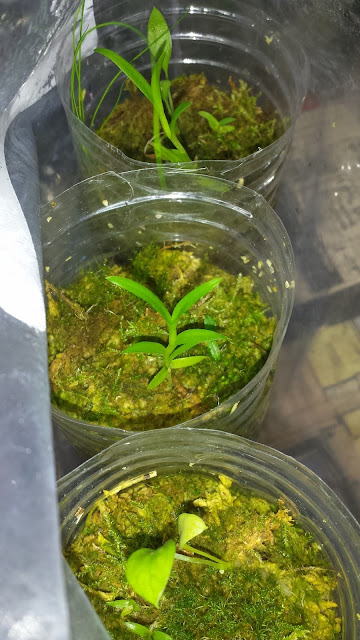 In July I sowed some Bletilla striata seeds that I received from Fernando.  Here's a recent pic... 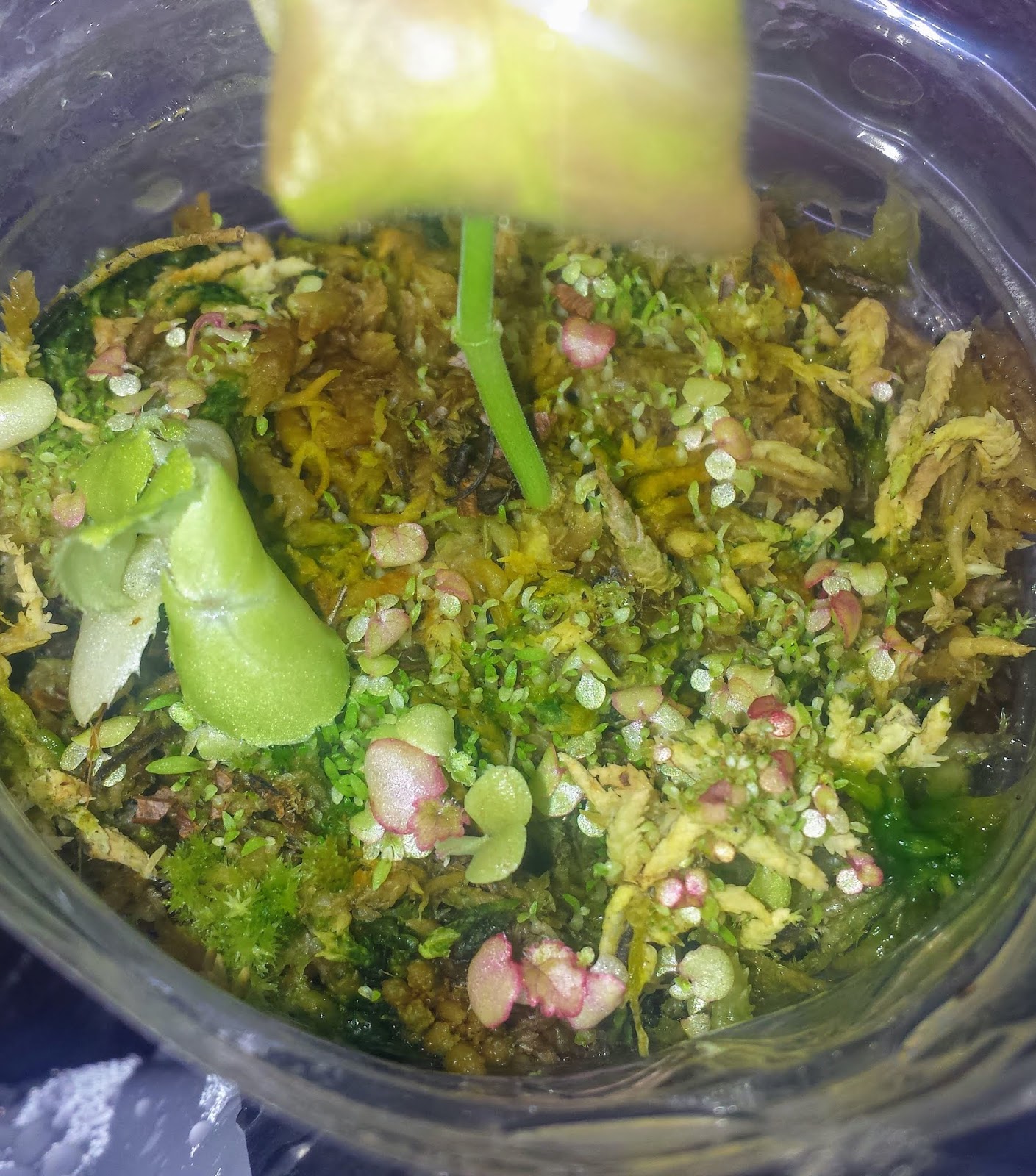 I also included some seeds from his Begonia thiemei and/or carolineifolia.

What other orchids can grow from seed as easily as reed-stems and Bletilla striata?

Here are some reed-stem Epidendrums from seeds that I sowed a year ago... 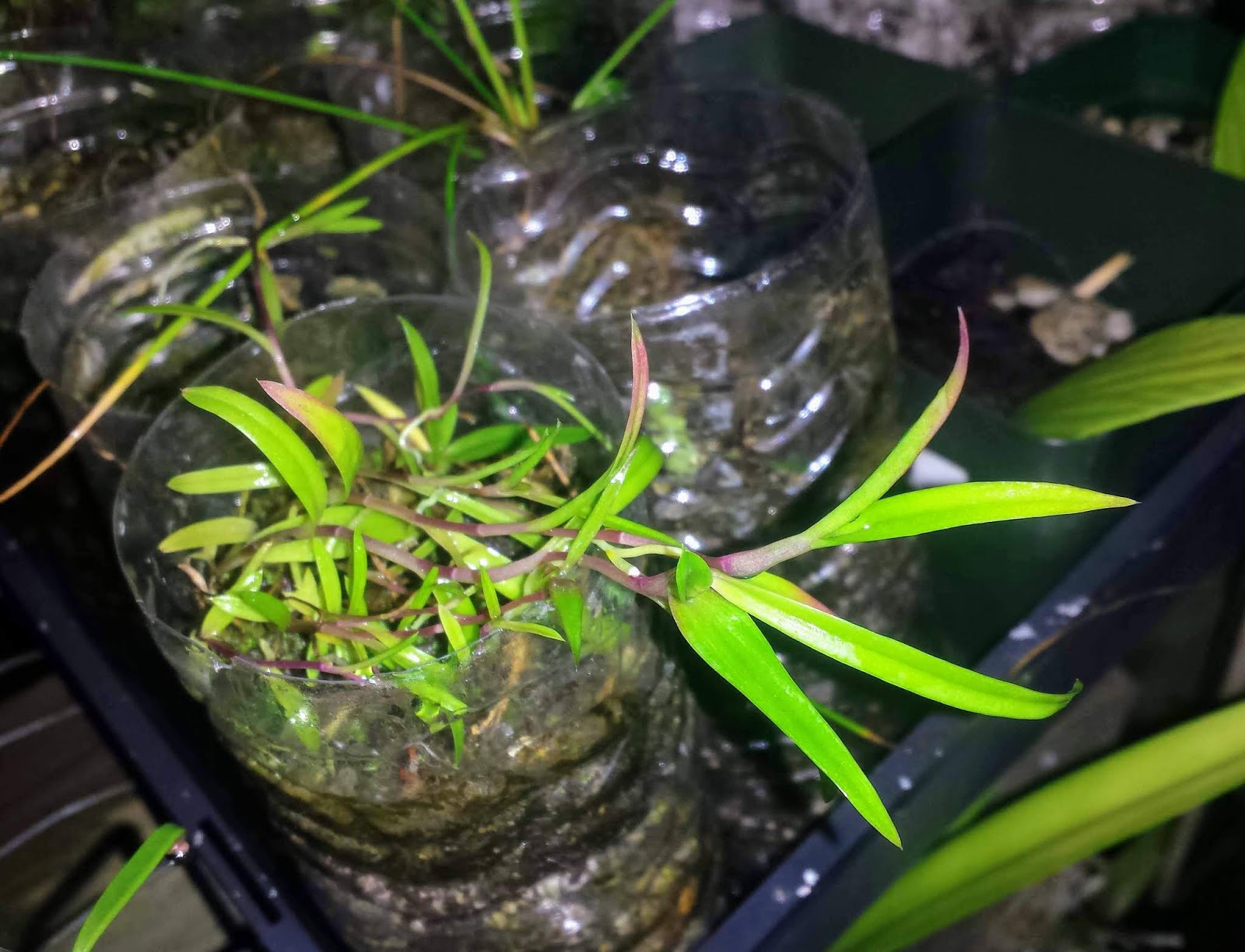